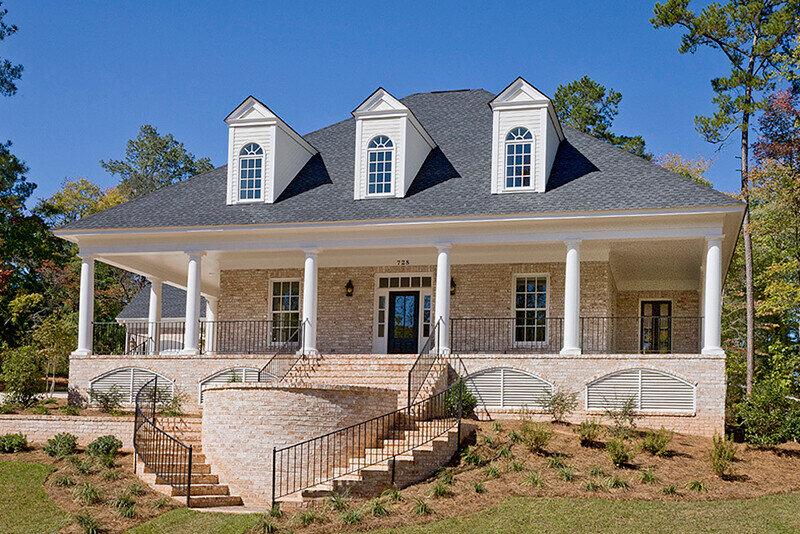 A home with a simple, timeless clean-line silhouette and symmetric layout. A home filled with traditional culture and coziness with a beachy style twist. Yes, we are talking about the Cape Cod Styled Architecture. They have been around for centuries; still, they continue to enchant us and is one of the most well known and easily recognizable style of American architecture. Named after the Massachusetts coastal region, Cape Cod styled architecture consists of a simple house plan, yet it is quite popular. Though the style is quintessentially American, the first Cape Cods were developed by early settlers from England in the 1600s. Partially inspired by the simple, thatched cottages common in Britain, the settlers adapted the style to keep out the harsh New England winter.  You’ll learn more about Cape Cod Styled Architecture in this article.

When Cape Cod styled homes were first developed, the big, central chimney of the cape code styled architecture was literally the heart of the home: It provided heat to all the rooms clustered around it, as well as light and, of course, dinner. Cedar shingles on the exterior and the roof also helped cut the cold. A steep roof quickly shed rain and snow. Everything about the Cape Cod style was adopted for its function rather than its form. The style had largely died out until Boston architect Royal Barry Willis reintroduced the Cape in the 1920s as a contemporary housing option. He retained the basic exterior shape of a Cape, but adapted the interior for modern day life.

Most of the older Cape Cod homes you see today were built after World War II, when thousands of returning soldiers and their young families needed inexpensive housing. The Cape Cod style fit the bill, and it was used to build some of the first major housing developments.

If you were hoping to learn more about Cape Cod Styled Architecture, you should now be more enlightened.  If you’d like to speak with Tony about building your own custom cape cod home, call on Lady Street Builders. We have a terrific array of cape cod plans to inspire you, we could build from your existing plans, or we can build your home from the bottom up. Contact us today.

Recent Articles
Bring Your Vision To Life!
Clients can count on Tony Carnaggio's support from the initial groundbreaking to the very last lick of paint. We’ll make your vision a reality within your budget and timeline.
Go to Top